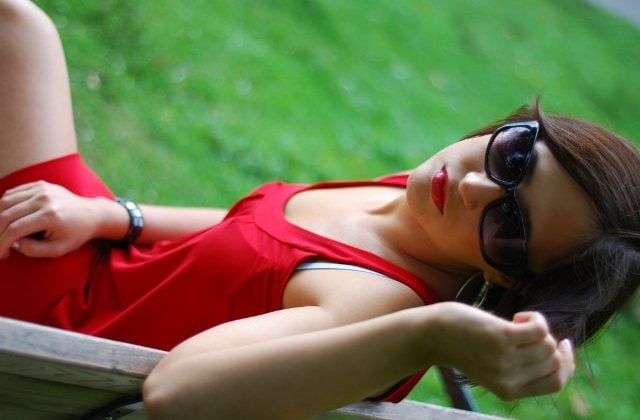 The Psychological Root of Promiscuity

Justin Timberlake and Mila Kunis made promiscuity look hip and harmless in Friends With Benefits, and Pretty Woman sent an even worse message many years ago. But while Hollywood tends to glamorize promiscuity, those of us living in the real world know just how unglamorous – and potentially dangerous – promiscuity can be. I’m going to focus on what causes promiscuity because insight helps everyone make better decisions.

If you free associate when you hear the term “promiscuous,” what pops into your mind? When you picture someone promiscuous, do you picture a man or a woman? Most people picture a woman, unfair as that is. The truth is that both males and females are promiscuous. Plenty of talk shows and pop psychology books have beaten gender issues to death (you know, the so-called gender wars), so let’s focus instead on why anyone – man or woman – is promiscuous.

What’s a fair definition of promiscuous? While there is no precise, objective definition, conventional wisdom tells us that ‘promiscuous’ is a term used to describe someone who has multiple sex partners. In my clinical work, I find that a promiscuous individual suffers from low self-esteem and feels that sex is a way to get attention and to feel noticed. Of course, if someone feels smart, happy, and loved, they typically will not need to seek out attention in maladaptive ways: They get attention naturally in social environments, at school, or at work. In other words, someone with a strong self-esteem gets attention for skills they have naturally or have cultivated – and sexual skills don’t count.

We see examples of girls who are or may be promiscuous in everyday life – and the list of young girls who feel compelled to gain attention through overly sexualized clothing is even longer. Last week, I was walking down the street in Hollywood and noticed a young girl crossing the street who must have been 12 or 13 years old. Her wardrobe was almost-nonexistent, including a tiny tank top and extremely short shorts. She walked in what appeared to be a deliberately sexualized manner. It seemed so obvious – and sad – that she appeared to be seeking sexual attention from strangers who drove by or walked down the street. She walked alone, without family or friends, and she navigated her way through busy city streets in an outfit that would make me, as a father, truly fear for her safety. The saddest part was that it appeared as if she had already learned how to promote her sexuality. Was this girl headed down a path toward promiscuity?

Living Without an Emotional Anchor

If we’re talking about a young girl, like the one I described above, we must look to the parental unit to understand what kind of supervision she receives. Parents should be highly involved with their children during the early years to help protect them from the sexual dangers of promiscuity, and parents should know where their children are and what they’re wearing as much as is possible. Most promiscuous youngsters are promiscuous because they have insufficient supervision or because they have emotional issues (e.g., depression, current or past abuse) that have not been properly identified by parents or treated by professionals.

The college years and young people using online dating mark the first time they become promiscuous. Away from the protective eyes of parents, newly hatched men and women often let loose and go overboard in an attempt to establish an identity as an independent adult. The risks are great during this period when men and women frequently use poor judgment under the influence of drugs or alcohol and thus engage in risky sexual behavior.

When it comes to promiscuous adults, they’re promiscuous because a proper self-esteem was not created earlier in life. As they enter their adult years later, they often get stuck in a rut where they keep engaging in the same sexual behavior because it’s familiar and because that is the identity they have developed over the years: someone who sleeps around and gets an emotional high from sexual trysts.

As adults move toward their 30s and vast numbers of men and women start coupling up, getting married, and having kids, men and women who remain promiscuous often start thinking about settling down. As a psychologist, I don’t see it as my place to tell people what type of sexual lifestyle they should pursue. I do, however, believe that we all need to examine how we feel emotionally during and after sex. The goal is to make sure that you feel good about who you are after the interlude is over.

How do you feel about promiscuity? Do you know anyone who engages in this behavior?

Dr. Seth Meyers has had extensive training in conducting couples therapy and is the author of Dr. Seth’s Love Prescription: Overcome Relationship Repetition Syndrome and Find the Love You Deserve